We are privileged to capture an exclusive HEMPSTERS DOC/FILM SERIES interview which we strongly feel will help bring forth our mission to support the industrial hemp industry during the Hemp Aide Concert.

Where: Crest Theater in Sacramento, California 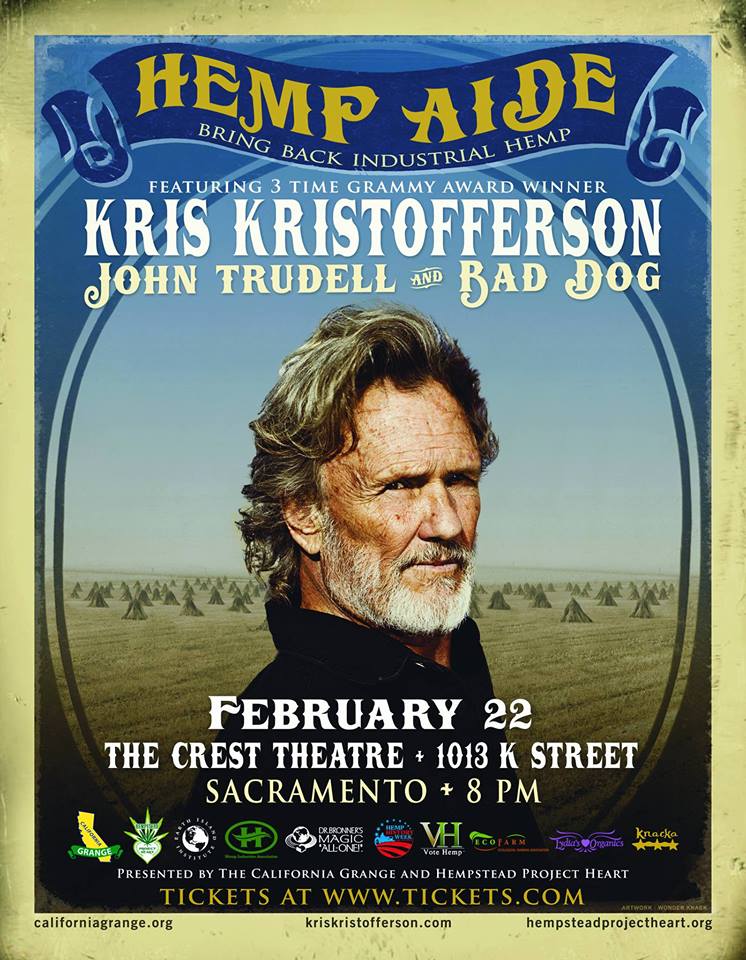