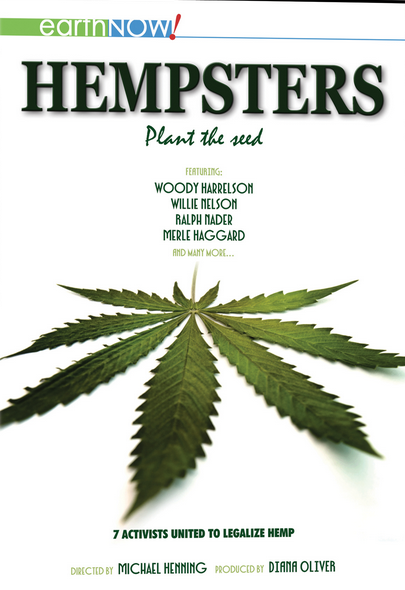 Filmmaker, Produced by Diana Oliver & Directed by Michael Henning details the efforts of seven activists in challenging the United States government to legalize industrial hemp so that we might cease reliance on foreign oil, conserve our forests, and discover more efficient forms of energy. Across the world, over 30 countries rely on industrial hemp to fulfill their agricultural needs. In America, however, hemp is associated so closely with marijuana that lawmakers are afraid to touch the topic lest they be seen as opponents of the war on drugs. Back in 1996, actor and environmental activist Woody Harrelson planted four feral hemp seeds in Kentucky, challenging state law and risking jail time simply to raise public awareness about the many benefits hemp. He was eventually acquitted, though the high-profile trial that followed drew exactly the kind of attention to the cause that Harrelson had hoped for. In this documentary, Harrelson, Ralp Nader, Willie Nelson, Julia “Butterfly” Hill, Merle Haggard, and others voice legitimate concerns about the reasoning behind maintaining the ban on industrialized hemp, while illustrating the many potential benefits of reconsidering our current laws. ~ Jason Buchanan, Rovi.